You are here: Home / News / Industry News / Analysis of the causes of slurry pump vibration

Analysis of the causes of slurry pump vibration

Analysis of the causes of slurry pump vibration:

However, after a long period of operation, due to the wear of the impeller and the crusting caused by the adhesion of the slurry, the overall mass balance of the impeller will be broken and the corresponding impeller "eccentric load" will occur. The centrifugal force on the heavier side of the “offset” impeller will increase, especially when the slurry pump is running at high speed. The heavy impeller will cause severe unbalanced rotational force. At this time, the vibration amplitude will be found by the motor. The end is gradually weighted toward the pump body end.

2.Vibration failure caused by the coupling

The coupling will also be leveled after the production is completed. The coupling leveling and the impeller leveling are also to reduce the imbalance force generated during the rotation, but the coupling should be considered in addition to its own quality correction. To balance the two couplings, the balance of the pair of couplings must meet the following two conditions in addition to the balance of their own mass:

(1)making the two intermediate points of the opposite wheel coincide, that is, making the outer circles of the two pairs of wheels coincide;

(2)Make the joint faces (end faces) of the two pairs of wheels parallel (the two intermediate dots are parallel).

Only when these two conditions are met can the better operation of the equipment and the wear of the coupling spare parts be better ensured.

Even if the equipment is running in a good state, there is a phenomenon of “micro-shock”. After the equipment is operated for a period of time in this micro-shock state, the bolts of the pump body, the bearing bracket, the ground, etc. will be loosened more or less. After the bolt is loosened, the pump body will increase the vibration due to the loss of restraint. Sometimes the tightened bolt can not be tightened in time after loosening, and the vibration will be further increased. The increase of vibration will lead to further loosening and wear of the bolt. A vicious cycle is created and causes a larger failure of the slurry pump.

Problems with packing seals in the use of slurry pumps:

The shaft seal of the slurry pump generally has the advantages of wear resistance, heat resistance, good flexibility and high strength. However, in the case of packing packing, it has the following disadvantages:

1.The surface of the filler is rough, the friction coefficient is large, and there is leakage. In addition, the lubricant that has been immersed for a long time is easily lost.

2,the newly repaired equipment, the shaft seal is in good condition at the beginning of operation, but it will not be used for a long time, the leakage will increase continuously, and the work of adjusting the gland and replacing the packing is also gradually frequent. After running for less than one cycle, the sleeve has worn out. In the form of a vase, the sleeve will be worn out in severe cases, and the packing packing that cannot be replaced behind the water sealing ring has rotted and cannot seal.we are china slurry pump manufacturer,we can guarantee quality.

3.The packing is in direct contact with the shaft and rotates relative to each other, causing wear of the shaft and the sleeve, so the sleeve must be replaced periodically or irregularly.

4.In order to dissipate the frictional heat generated between the packing and the shaft or the bushing in time, the packing seal must maintain a certain amount of leakage and is difficult to control.

5.The friction between the packing and the shaft or the bushing causes the principle of the effective packing of the motor to be reduced, and the power is consumed. 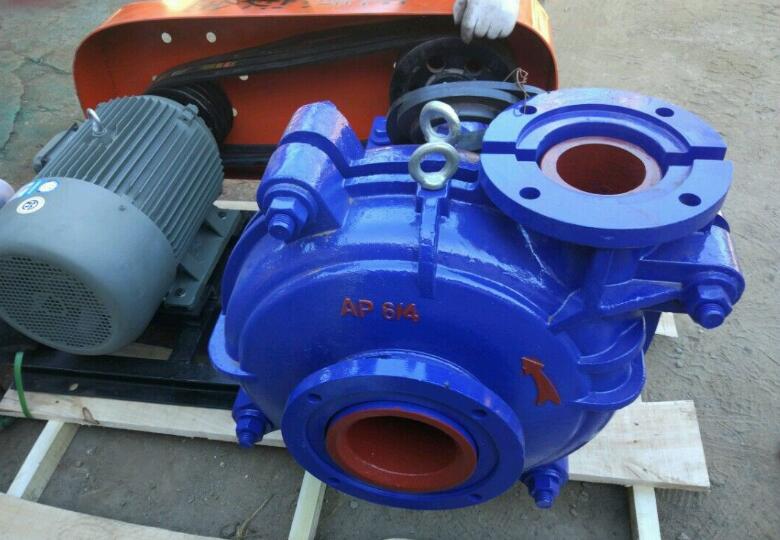