You are here: Home / News / How should the slurry pump handle the problem in daily use?

How should the slurry pump handle the problem in daily use?

How should the slurry pump handle the problem in daily use?

I.The slurry pump can not be started

First check the power supply: whether the connector is securely connected; whether the switch is tight; whether the fuse is blown; whether the three-phase power supply is equal. If there is a disconnection, poor touch, fuse blown, lack of phase, the cause should be identified and corrected in time.

Secondly, it is checked whether it is the mechanical problem of the pump itself. The common reasons are: the packing is too tight or the impeller and the pump body are stuck by the debris; the pump shaft, the bearing and the leak-reducing ring are rusted; the pump shaft is severely bent.we are China slurry pump manufacturer,we can guarantee quality.

2.The slurry pump does not turn;

The fouling of solid and hard deposits in the volute can be used to eradicate fouling.

Third, the leakage test and treatment of the slurry pump test operation

After the static pressure test of the mechanical seal of the slurry pump, the centrifugal force generated by the high-speed rotation during the operation will leak according to the medium.

The main factors that cause the failure of the secondary seal are:

1.During operation, due to abnormal phenomena such as convulsions, cavitation and rolling, a large axial force is caused, so that the moving and static ring touch faces are separated.

2.When the equipment is mechanically sealed, the amount of tightening is too large, resulting in severe wear and abrasion of the secondary end surface.

3.The moving ring seal ring is too tight, and the tension spring cannot adjust the axial floating amount of the moving ring.

5.There are granular materials in the working medium, which enters the contra-contact pair during the operation and damages the end faces of the moving and static rings.

The above phenomenon is often presented in the test operation, and sometimes it can be eliminated by appropriately adjusting the static ring seat, etc., but most of them need to be disassembled from the head, replacing the seal.

4.The slurry pump flow is lacking;

The slurry pump power speed is not matched or the belt is slippery, so the speed is low; the axial pump blade equipment angle is too small; the head is lacking, the pipeline is too long or the pipeline has a right angle bend; the suction stroke is high; the bottom valve, the pipeline and Part of the impeller is blocked or the impeller is damaged; the water leakage of the outlet pipe is severe.

Seal the pump leaking place, press the packing; remove the blockage and replace the impeller; replace the leak-reducing ring and block the leak.we are China slurry pump manufacturer,we can guarantee quality. 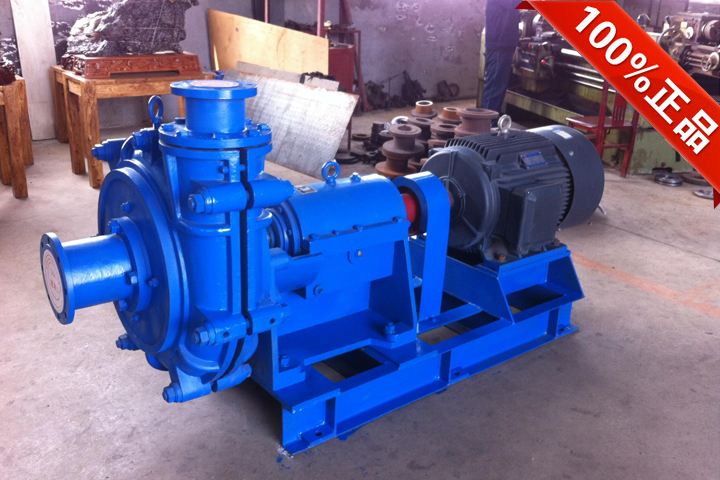